The Simpsons sing the Blues

And to start, one that may not be the most eclectic of all performances but that I really enjoy nonetheless..

Those are great interpretations of great songs done by no other than... The Simpsons! Yes, those from the TV cartoon series, that's right

The Simpsons sing the Blues is the first album released as an offshoot of The Simpsons. The album contained originally recorded music that were first launched as singles and were a huge success all over! The full album was released in September 1990 and, of course, was instant success also, getting at leas 2 platinum in the USA and Gold in the UK!

There were a number of notable musicians who appeared on the album, including the great B. B. King, DJ Jazzy Jeff, Dr. John and Marcy Levy.

If you have the oportunity, do hear the recordings as it realy is worthwhile to.


The list of tracks in the album:
(and a few movies from it down bellow)


And, of course, the album's cover 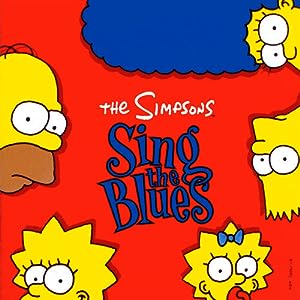 Some of my (our) favourite songs..
And on this new place, I'm going to post some ramblings about music, favourite songs, some data, whatever I feel like to share regarding music and songs - really, the food for our souls

This will only be maintained on a non regular basis and, of course, everyone is free to post comments, links, opinions, about any tunes that he/she feels like it.

Just hope this won't waste too much bandwidth

powered by CuteNews and